Aboriginal Diversity – Why One Size Does not Fit All

Aboriginal people in Australia are not a single homogenous group who speak the same language. When people find out just how many tribes or nations there are, most are amazed to discover just how diverse Aboriginal people are. The Indigenous Map of Australia published by AIATSIS (Australian Institute of Aboriginal and Torres Strait Islander Studies) shows there are up to 250 or so Indigenous nations, each having their own language, their own names and ‘country’ or tribal lands. When viewing the map for the first time, many people draw comparisons with Europe and say they were unaware of just how many different countries or traditional lands they had passed through on their travels throughout Australia.

The term ‘Aboriginal’ is not an Indigenous one. It is a colonial term taken from Latin, which means ‘original inhabitant’. Technically speaking, Aboriginal is the adjective whereas Aborigine is the noun. Most Aboriginal people choose to use the adjective rather than the outdated and old fashioned term Aborigine. Of course, most prefer their Indigenous names such as Bardi or Bundjalung or pan-Aboriginal names that describe groups identifying with a larger geographical area like Koori for the south-east coast of Australia, Nunga for Aboriginal people living in South Australia or Murri for Indigenous people in Queensland. Pan-Aboriginality asserts a separate national or regional identity not based on traditional ties to land but through association. It came about as a direct result of colonisation where Aboriginal people were forcibly removed from their families and placed on reserves and missions. In the process, many of them lost their language and tribal identity. To assert a distinct Indigenous identity separate from their colonisers, people took on pan-Aboriginal terms like Koori, Nunga and Murri. I use the terms Aboriginal and Indigenous interchangeably along with specific Indigenous names but if in doubt, just follow the adage “When in Rome….” and seek guidance from the local community.

Even though some nations spoke up to five or six surrounding languages, there wasn’t a single, mother tongue spoken across Australia. The only languages these nations share today is either English (introduced during Australia’s colonial history) or an Aboriginal Kriol known as ‘Aboriginal English’. While some individual words are specific to a nation, there are many other common terms that are understood across the country such as ‘Dreamtime’, ‘Dreamings’ and ‘Songlines’. Although the languages differ completely, they are similar in grammatical construct, pronunciation, sound and syntax. In other words, the arrangement of words and phrases in sentences follows the same structure. Where Dreamtime stories are retold and re-enacted in an Indigenous language, unless fully interpreted, the wisdom contained within remain ‘hidden’ and localised. Language aside, knowledge is not freely available in Aboriginal culture as it is in western society. There are all sorts of restrictions based on age, clan membership and gender. For example, there are some languages that are only spoken by women and not men, and vice versa. There are also  ‘inside’ and ‘outside’ languages that pertain to spiritual secrecy.

But while there is great diversity in the expression of Aboriginal cultures, languages and spirituality, there are some underlying commonalities by way of concepts, principles and themes that we can identify as relating to Dreamtime. 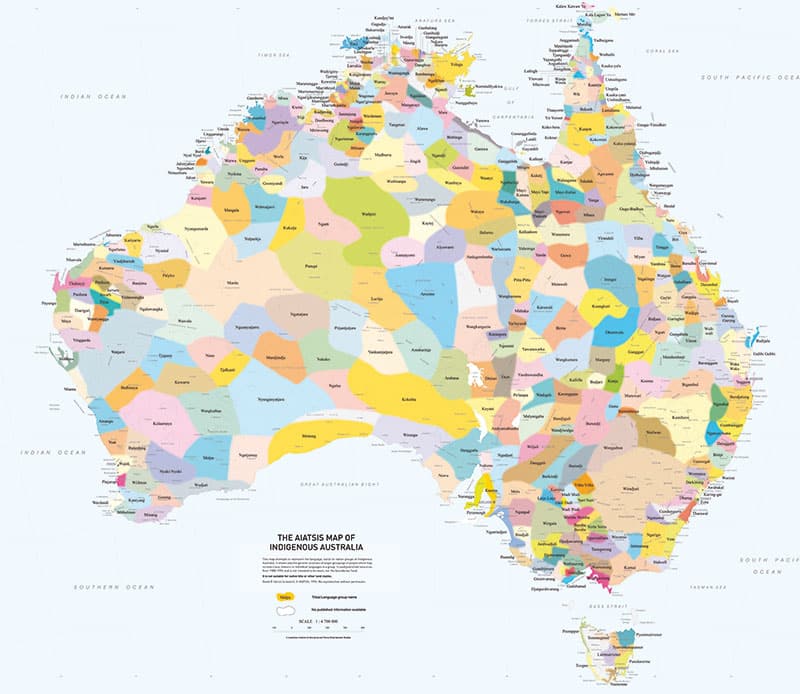 Why is Cultural Awareness Important?
Are you ready to take a very different journey through Australia?
Ironing Out Privilege
Download article as PDF
Previous Post The Mother-in-Law Tree Next Post Sacred Sites by Munya Andrews