On our recent trip to Broome, we visited Eco Beach on Roebuck Bay in Yawuru country and came across the mother-in-law tree. Everyone who undertakes our cultural awareness and competency courses learn about Aboriginal kinship and cultural protocols. Many are surprised to learn that in Aboriginal culture you are not allowed to talk to your mother-in-law nor can she talk to you – zero, zilch, nothing, not a word. Of course, this realisation is soon followed by giggles and smiles and the inevitable jokes about mother-in-laws in general. Then comes natural curiosity as people want to find out the reason why. 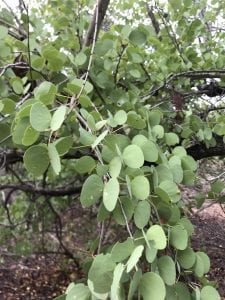 I explain to them that in traditional Aboriginal society marriages are arranged and promised marriages involved a much older man with a much younger woman. This meant that the prospective husband would be the same age as the girl’s mother making them peers. The whole premise of Aboriginal kinship systems is designed to prevent genetic in-breeding. The mother-in-law avoidance relationship is therefore another cultural rule to limit the possibility of the husband also having a sexual relationship with the girl’s mother.

The practice of this today can vary but is very much alive in many communities. The practice has implications for community gatherings and the workplace. For example, some organisations who are aware of this cultural practice have erected partitions between staff members who are in a mother-in-law relationship to maintain Aboriginal cultural practices. When working on community ourselves we have been in meetings or gatherings where participants could not directly communicate with each other. We offer a range of ways for people to express their ideas to deal with this.

You can find more interesting facts about Aboriginal culture such as this one in our latest book – Journey into Dreamtime.

5 Ways To Be An Ally To Indigenous Employees On Australia Day
The Dreaming of the Left-­Handed Kangaroo
What is Cultural Awareness?
Download article as PDF
Previous Post Talking Trees Next Post Aboriginal Diversity – Why One Size Does not Fit All