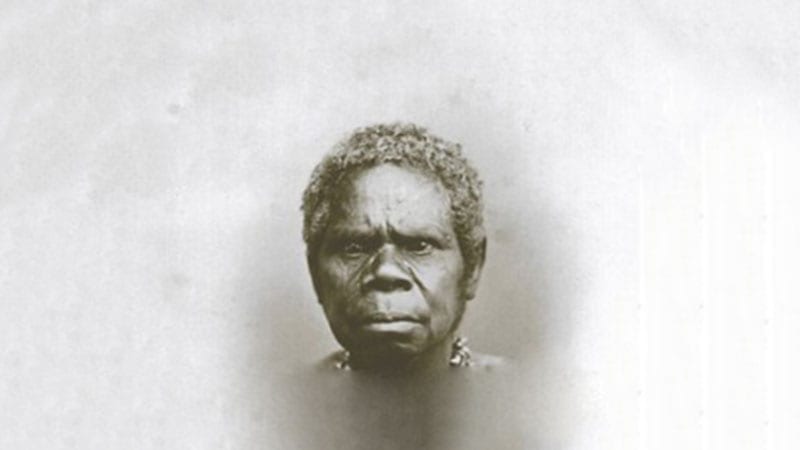 It is one thing to have heard of someone, another to be standing on their Country and land of birth, reading their life story.

The sun bounced off the ocean, on a crisp autumn day as I stood on what is known as “the neck” a narrow strip of land connecting north and south Lunnawannalonna (Bruny Island). I was at the 5th timber stair to climb another 235 that led to spectacular views along with a monument in honour of Truganini and the Nuenonne people, the original inhabitants of Lunnawannalonna.

My daughter and I stopped to read a sign about Truganini. One of the most familiar names in the story of Australian colonisation is that of the Tasmanian Aboriginal woman ‘Truganini’. Many Australians know of Truganini described as the “last” Tasmanian tribal Aboriginal, which is deeply misleading in itself. Her story is heart and gut wrenching.

It was plainly written on the sign in front of us with a few hard-hitting facts (which is only but a part of her story):

As a child Truganini grew up here at Lunnawannalonna. Her father was an Elder of the Nuenone people, a band of the south-east tribe whose connection with this place spanned some 30,000 years. The peace of Truganini’s early years was shattered by European invasion. The arrival of the white man brought violence and brutality to these shores. At the age of 17 Trugaini witnessed the horrific stabbing of her mother by men from a whaling ship. Sealers kidnapped her two sisters. Lowhe-nunne and Magger-leede. Timber-getters killed the man Truganini was to marry. During a boat crossing of the channel, she watched in horror as her husband to be was thrown into the sea. As he tried desperately to climb back onboard the timber-getters cut off his hands and left him to drown. Truganini was then repeatedly raped. Her brother was killed, and her stepmother kidnapped by escaped convicts. Her father was devastated and died within months.

The immediacy of this tragedy made the eager visitors racing past us to get that perfect selfie, a bizarre juxtaposition and surreal to say the least.

I did notice however an older international tourist from Singapore, taking the time to also stop and read the sign fully before tackling the remaining stairs.

We then travelled onto ‘Adventure Bay’ which was the departure point for our Bruny Island Wilderness Cruise: “Cruise alongside some of Australia’s highest sea cliffs, beneath towering crags and drift up close to listen to the awesome ‘Breathing Rock’. Enter deep sea caves, pass through the narrow gap between the coast and ‘The Monument’ and feel the power of nature at the point where the Tasman Sea meets the might of the Southern Ocean.”

It was all of this and more and an outstanding experience. The introduction from the engaging and passionate guide however was unsettling in its lack of acknowledgement of the original custodians of Lunnawannalonna. Historical references were made to the “explorers”, with Adventure Bay being named after Captain Tobias Furneaux’s ship ‘The Adventure’ in 1773. We were told about the area being visited by Furneaux and also Captains Cook, Bligh, D’Entrecasteaux and Tobin in the 1700s.

I waited for the guide to continue with acknowledgement of the Nuenone people and especially of Truganini given her significance in Australia’s history.

I was distressed when the talk progressed to the whaling industry, and then…. we moved on. It was at this point that I noticed the Singaporean Elder at the back of the boat. I could not help contemplating what he might be thinking having had also just read the story of Truganini – did we both dream that?

The trip and the staff’s professionalism were outstanding in every other aspect. However, a big part of me was stuck back in that moment of what felt like (yet another) annihilation of truth and obliteration of this land’s original custodians.

So how do I move through this?

Central to Evolve’s Cultural Competency programs is the R3 Culture Model™. This is a 3-step approach that you can apply to building relationships with Indigenous peoples and to improving any communications. The 3 steps are to reflect, relate and reconcile.

Reflect – Stop. Pause. Consider what led to this situation

Relate – Put yourself in the ‘Other’s’ shoes

Reconcile – To find a solution, where possible with ‘the Other’

I wondered during the boat trip whether I should approach the guide. When contemplating the 3Rs– I decided to give myself time to step through them first, and this is where I am at:

Reflect: I have spent the night researching Bruny Island and the Nuenone people. What I have found is that tourism is a relatively new and growing industry. There is also land that has been “handed back” to Aboriginal people – a working farm known as Murrayfield Station which also contains significant Aboriginal sites.

Relate: The passion, commitment and desire of the ‘guides’ to do the right thing and look after passengers was evident. It was a professional outfit. With a different perspective, they might be willing to also acknowledge the Nuenone people and especially Truganini.

Reconcile: I am writing to the cruise operator to share with them my experience and ask what ‘Acknowledgement of Country’ is normally given? Perhaps its absence was irregular. If not, then I will suggest that an appropriate acknowledgement be given and offer any assistance that Evolve can give to support this.

It reinforced for me the importance of acknowledging Country whenever and wherever I travel in Australia, whether it be bush or city. It reminded me of how often I haven’t done this – but I am getting better as I learn more. I guess this  the heart of the 3RS is – to reflect, relate and reconcile – and have an open heart and mind to mutual learning.

Getting Back To Nature
How Allyship Training Can Help You Avoid The Great Resignation
National Reconciliation Week Tip #7 – How To Call Out Discrimination
Download article as PDF
Previous Post Language Hacks: Are you ‘blocking’ your creativity? Next Post Respecting Indigenous Cultural Protocols

Thankyou for sharing this, this is vitally important to me as a person who wants to respect the first nations peoples past, present & future

Thanks Rosalind. Interested on hearing your thoughts if you have or do visit Bruny Island.

Beautifully written article. Got me sitting in the car park before shopping – had to finish the story! Will need a follow up hopefully with a positive response from the tour operators . You are doing such fantastic work – thank you!

Thank you Jo. I did also take photos of fantastic sea kelp on the boat ride – will keep you posted re tour operator.