(Science proves they really can)

A recent ground-breaking study has found that trees commune with the aid of fungi beneath the ground.

Not only do they talk, trees are extraordinarily intelligent and community-minded. They care for, nourish, sustain, and share resources with one another.

The idea that trees can talk is not entirely novel. Oracular trees feature in many of the world’s mythologies, spiritual beliefs and in popular culture. Talking trees or tree consciousness has featured recently in popular films like Avatar with it’s ‘Hometree’ and Pocahontas with ‘Grandmother Willow’. No longer a whimsical notion or the crazed imaginings of tree-hugging hippies, science has proved that talking trees are a very real scientific phenomenon.

So how do we know for sure that trees can talk to each other?

Enter Dr Suzanne Simard, Professor of Forest Ecology who teaches at the University of British Columbia in Canada. For years she has been conducting experiments with trees using radioactive carbon “to measure the flow and sharing of carbon between individual trees and species.” What she discovered is truly amazing and revelatory.

An underground plant network to rival that of the internet

“A forest is much more than what you see,” says Simard in her TED talk of June 2016.  They’re “complex systems with hubs and networks that overlap” that “allow them to communicate.”

A whole ‘other world’ exists underground she says, “a world of infinite biological pathways that connect trees and allow them to communicate and allow the forest to behave as though it’s a single organism…a sort of intelligence.” 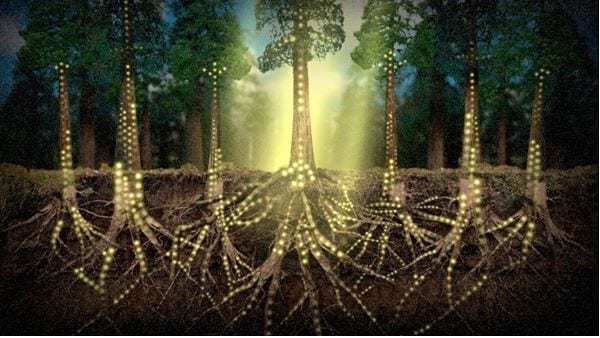 The underground communications network of trees.

This vast underground communications network is assisted by underground fungi called mycelium. Like fibre optics on steroids, it spreads underground entangling itself with tree roots in a symbiotic relationship that enables trees to communicate. And, as Simard found, like all networks these have nodes and links as well.

The most significant of these nodes are marked by certain hub trees, later dubbed ‘Mother Trees’ for the way they nurture their young. Curious as to whether they can recognise their ‘family’ from other trees, Simard “grew mother trees with kin and stranger’s seedlings” 5 to find that indeed they do. Mother Trees support their seedlings by supplying them with nutrients they need to grow, sending carbon to other trees and making room for their baby trees to grow. Their ability to interact, share and communicate makes them resilient with a profound ability to self-heal.

Not only do trees talk but quite remarkably they exhibit human-like behaviour. For example, when Mother Trees are injured or dying says Simard, they “send messages of wisdom on to the next generation of siblings.” 6 Given our rich human tradition of oracular trees and Aboriginal Tree Dreamings in particular, some might say they also pass on their wisdom to us.

Is this life imitating art or art imitating life? 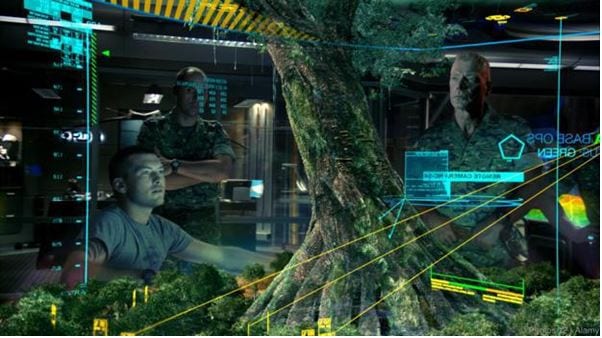 In the hugely popular sci-fi film Avatar, a single tree forms a vast neural network spanning the entire lunar surface of the fictitious moon Pandora (like Simard has discovered in real life). Hometree – the clan’s gathering place – sits above the richest deposit of unobtanium, a precious metal human colonisers want to mine. Paralleling the real life experiences of some Indigenous peoples on Earth, the Navi refuse to allow mining of their sacred tree or abandon it, much to the ire of the commanding officer. Unsympathetic to their cause, he orders the tree be destroyed despite the lead scientist’s warning that this could damage the entire biological neural network of Pandora.

Keen to ensure the same doesn’t happen here on Earth, Simard strongly advocates for the protection of our forests. Like Dr Grace Augustine (Sigourney Weaver) in Avatar, she warns against whole-scale destruction of forests, especially the unfettered removal of Mother Trees. As she powerfully points out:

“Let’s make sure this doesn’t happen in the real world.”

Simard’s video ‘How trees talk to each other’ in June 2016 has made the 20 Most Popular TED Talks list. You can watch it here:

So glad you enjoyed this article and thank you for the book recommendation!