‘Westworld’ is a curious blend of the science fiction genre with the classic western, based on the 1973 film of the same name. If you can get past the gratuitous violence, awful treatment of women, plot jumps between timelines that even an Olympic athlete would be proud of – Westworld is an intriguing, engaging media event however confusing at first. It not only deals with those eternal questions of human nature, good and evil, consciousness and the meaning of life but raises more contemporary issues about artificial intelligence and what this means for our personal and cultural identity.

Having recently binged on the first season, it is clear that Westworld’s writers and producers are in desperate need of cultural awareness training. ‘But Munya’, I hear you say, ‘it’s just entertainment, just harmless fun’. Granted, entertainment it may be but ‘harmless fun’ is questionable. Never underestimate the power of the media or the powers that be in shaping our opinions by programming us to take a certain view of people, place and issues. As the creators and programmers of Westworld (the Wild West theme amusement park) constantly ask their robots or ‘hosts’ – ‘Do you ever question your reality?’.

This article explores the mistreatment of culture in Westworld.

Deppiction of culture as ‘Lost’ – The Ghost Nation

While it is historically correct in its depiction of Native Americans as fringe dwellers on the outskirts of American settlements during that era, its other depiction and representation of them is deplorable. In Season 1, there is no attempt to understand or show Native Americans as real people with real culture or as full human beings. They appear instead as ‘savages’ at one extreme or else as mere ‘fringe dwellers’ at the other – a wandering group of people who are escorted and marched through town as itinerant passer-by’s – a people without a name, without land, without sovereignty – a ghost nation.

Member of the Ghost Nation

Westworld, like other movies and television shows is guilty of appropriating Indigenous traditions as their own. This is not necessarily a bad thing, in and of itself, as Indigenous peoples want to share their cultures to be better understood but only with people that are respectful of their traditions. What is repugnant is when they are taken out of their cultural context and no credit given to Indigenous people for their cultural and intellectual property, their creativity and ingenuity.  “The Maze” is a perfect example if this appropriation as is the Kachina doll that a little Native girl drops as her people are escorted through town by Union soldiers ‘Trail of Tears’ style (the forced removal of Native peoples off their lands).

Here we see once again, Native Americans appearing in the age-old stereotype as ‘savages’ who maim and kill white ‘settlers’, men, women and children, unlike the savage guests who murder mindlessly as part of their psychotic fantasies. These ‘savages’ are a frightening spectacle as they appear out of the dark, painted by the colonial imagination i.e. what white colonists imagine them to be (there are no identifiable Native American painting style or colours that can easily identify who they are). Their hideously painted faces make them appear as grotesque, menacing Jokers from a Batman movie.

Nowhere in this cultural caricature can we see any semblance of Native peoples – their pride or richness of their cultures. They are devoid of culture, devoid of name and place, contemptuously referred to as the ‘Ghost Nation’. This reference to their being ghosts is part of the ongoing colonial narrative of the ‘Last Mohican’ or the ‘Last Tasmanian’ – the false perception that Indigenous people and their cultures ‘died out’ because of a more powerful invader – white people. This never happened.  It implies that Native people have ‘lost’ their culture and identity as a casualty of the past. It ignores their history, survival and resilience. 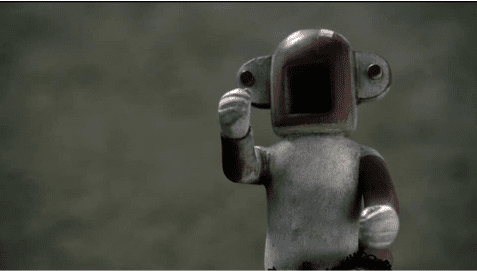 Kachina dolls are central to the spiritual beliefs of the Hopi people. Kachina is a corruption of the Hopi word, katsina, which means ‘spirit’. They represent Hopi ancestral spirits that is part of a complex spiritual tradition. Where the kachina doesn’t work in Westworld is taking this cultural icon out of context and placing it in a fantasy world, in a fantasy culture where it is out of place.

This fantasy theme park takes place somewhere unknown with no geographic or cultural ties. The series is actually, filmed in Utah in Navajo country and even though they have assimilated kachina dolls into their culture, the solemnity with which the Hopi treat these spirit dolls may have faded. When the Ghost Nation speak, they do so in the Lakota language not Navajo, and as we know the Lakota are not ‘ghosts’ by any means. They are real people with real lives. They have a strong sense of their cultural history and identity. This is where the white mentality is problematic in its representations of Indigenous peoples, especially in books and films.

Far too often their representations are just a hodgepodge, a careless mixture of Indigenous cultures with no foresight or insight into their true cultural meaning, interpretation or application. The Ghost Nation are a fusion of these cultures blending language and cultural icons to create a Native American cultural dish that is palatable and understandable to viewers however bereft. Cultural shortcuts are taken where people don’t bother to understand all the distinct Indigenous nations and cultures – how one size doesn’t fit all. It reveals how Native peoples are viewed in Westworld and in American culture generally. And as in America so too in Australia where similar examples abound.

The Western Mind-set – ‘Whitewashing’ of Reality

Try as it may, Westworld cannot escape the fact that ultimately, it is a white world where the other ethnicities are still subject to the western mind-set and their limiting stereotypes. While it does attempt to include roles for people of diverse ethnic backgrounds, it fails on so many levels not just in the flawed representation of Native Americans but of other cultures. As one commentator remarked:

“As in real Western society, native voices are silenced in Westworld and white culture presumes its superiority.” Georgia King 4

So, what’s good about Westworld?

While the ultimate message about our future is bleak and despite its cultural flaws the series is exceptionally written and supported by a stellar cast including the likes of Anthony Hopkins, Ed Harris, Jeffrey Wright. Unfortunately though through its representation of native culture, it has maintained divisive stereotypes and missed an excellent opportunity to stimulate thinking about what we each can do to create a more inclusive world.

What is Dreamtime?
All in the Family
Now is the Perfect Time to Gift Your Employees our Heal Country Webinar
Download article as PDF
Previous Post What’s with Wrong Skin? Next Post 7 Ways to Improve Your Leadership by Drawing From Aboriginal Wisdom

I appreciate your thoughtful review Aunty Munya. I felt distinctly uncomfortable watching it so only lasted one or two episodes. Perhaps it is it’s underlying essence white privileged male that made me so uncomfortable.

Fantastic article. Thought provoking which is what we need more of.

Great article Munya. You hit the nail right on the head. It is in all respects a ‘white world’. In fact, I’d go one or two further and say, a ‘white supremacist man’s Disney Park’. It is a simplified world where men were men, and women and ‘natives’ knew their place. A man could wear a gun on his hip, and carve out his own existence, free from the constraints of taxes, laws and the politically correct landscape of the ever evolving real-world that so many white men seem to view as a minefield between them and their identity. The time period allows for the narrowing of these perceived roles, from a white pov of the past. The role of the white man as superior, and the hierarchy is set, where white women are below them, but above the indigenous people who are portrayed as obstacles rather than human – background noise even. And I think this is done on purpose by the writers to reflect these men’s desires rather than an ignorance or failure on the writer’s part to move past stereotypes. I.e. they stereotype the indigenous population to stereotype the ideal world of the white supremacist. As you say, the First Nation people are dehumanised and homogenised by masks, and purposefully made scary-otherworldly with the face paint, or living as ghosts. This is exactly the expectation of the paying target customer of the world. They would not want to be confronted by cognitive dissonance in their purchased experience. I think this is a very real and frightening look into the psychology of a group of people who exist NOW, who are working towards a more ‘West World’ type real-world. The series’ main premise is to explore the idea of consciousness, but I also think it is a social commentary on this more concrete problem – one that seems to be insidiously permeating Western society at present. I will be interested to see how this theme is dealt with as the show progresses.